Is Food Really Medicine? My Dad’s Journey With Pancreatic Cancer

This is a special post I’ve written in memory of my incredibly loving father who left us on May 6th, 2019 due to Stage 3 Pancreatic Cancer.

In October 2017, I received news from my dad that he had been diagnosed with type 2 diabetes. This illness commonly appears in adults over the age of 40 and is related to elevated blood sugar levels caused by poor lifestyle and an unhealthy diet. It was strange to me to hear this news since I knew his diet wasn’t that of a Standard American Diet (SAD), which is mainly comprised of processed foods, refined sugars and poor quality oils. But having experience working with clients with type 2, it is a completely preventable and reversible condition, and with the right diet and lifestyle intervention, you can greatly reduce your chances of getting the disease or reverse the condition if you’ve already been diagnosed.

His job wasn’t sedentary, and he wasn’t overweight, although he did have a papa-bear belly which I was concerned about, so I made sure he exercised a bit everyday on the stationery bike to help get his heart rate up. He paid more attention to his sugar intake, I taught him how to eat to balance his blood sugar and he took metformin to help manage the disease.

His family doctor continued to monitor him. After tweaking his diet and lifestyle, his disease was just being maintained.

But then he began losing weight. A tell tale sign of cancer.

Family and friends were commenting, not necessarily out of concern, but out of curiosity about the tweaks he made that may have contributed to his weight loss. Diabetes itself can cause weight loss due to insufficient insulin, and also, a side effect of metformin is a decrease in appetite. We didn’t think much of it — maybe he was just eating less and losing weight?

My father didn’t live with the typical risk factors of smoking, drinking, or eating unhealthy, though his age, gender and workplace exposure to certain chemicals (his career was in the printing industry) were high risk factors.

Still, you may be thinking what type 2 diabetes has to do with pancreatic cancer.

Let’s first understand what is happening in the body when someone has diabetes:
Insulin, a hormone that’s broken down and transported to cells to be used as energy, is released by the pancreas to help with the storage of sugar and fats. But people with diabetes don’t respond to insulin properly, which causes high blood sugar levels and diabetes symptoms.

Could it be that the cancer was what caused the pancreas to not produce enough insulin, contributing to type-3c diabetes but was misdiagnosed as type-2? After I did some research, it turns out that up to 80% of pancreatic cancer patients present with either new-onset type 2 diabetes or impaired glucose tolerance at the time of diagnosis. There are many more articles than the one I cited that shows the relationship between the two if you search within a scientific journal database.

Fast forward to a year later, my father was rushed to the hospital complaining of severe cramps in his abdomen. It was the day of November 15 when he called me to tell me that the doctors had found a mass. We stayed hopeful, thinking maybe it wasn’t cancerous. It took several dreaded weeks until the hospital finally booked him for a biopsy. It was confirmed that it was a locally advanced, unresectable tumor. The doctors said it cannot be removed with surgery or cured with chemotherapy.

In this type of circumstance, chemotherapy can extend life, but at what cost? It’s evident that several types of cancers return post-chemo treatment. And so for my father, where there wasn’t a cure, what was he left to do? With a lot of deliberation, my dad tried one round of chemo but the side effects hit him hard enough that he didn’t feel right to continue.

I admire my father as he’s always been a man who would consider conventional medicine or surgery as the last resort if he discovers that there are alternative and natural solutions that he can experiment with first. Despite what I’ve been taught and the knowledge I’ve obtained working in the field of natural healing, there are just some cases where conventional medicine is needed to save or extend lives or provide palliative support.

It’s within my responsibility as a nutritional practitioner to ensure that misleading claims are not being spread. There is so much scary misinformation out there on Google. There is no one single cure for cancer. I know in times of desperation, we wish there was a special concoction or the ultimate natural treatment that can kill cancer cells, but I urge you to steer clear from anything that declares itself as some sort of panacea. I do believe that nutrition can most definitely extend or improve one’s quality of life in certain cases. I’ve witnessed certain cancers get cured through alternative treatments. But again, nothing is a guarantee.

I’m also well aware of the healing powers of the mind. I truly believe there are ways to heal with the power of thought that we as humans have left untapped. I’ve followed Dr. Joe Dispenza’s work, and if you’ve never heard of him you can watch some of his cancer testimonials here.

But this was my father’s personal journey. He was a religious man. He created a daily prayer routine and it brought him peace. 71 years on this planet, he told me that if God needs him, he’s ready, and if God wants to keep him longer with us, He’ll provide ways to keep him going.

Despite the prognosis given of 3 months, our family hung on to the hope that he can still beat the odds with good nutrition and supplementation. Yet everyday was an uphill battle. That sparkle in his eye and radiant smile quickly dulled into tired eyes and sorrow lips as he fought each and every day.

When he became bed-ridden the last week before his passing, we smothered him with love and care. At the end of the day, all my dad ever asked for was to be comforted during his time here and I’m proud and relieved that my family and I were able to honour his wish. We made sure that up to his last breath, he’d pass without pain and in peace, in the comfort of his own home. This was where I had to surrender to conventional medicine, giving him subcutaneous hydromorphone and scopolamine every hour to relieve any suffering he was in. It would have been impossible to manage and clear his pain without medicine.

The term “food is medicine” irks me a bit. I think food can most definitely help reverse and prevent many illnesses out there, but in severe situations, modern medicine must step in when food just isn’t enough. I truly wish in an ideal world, we can have full control over our environment and the food we eat in order to reduce toxic exposure as much as possible, and hopefully one day we will be in a more conscious place where we can all come together to reverse the damage being done. But for now, all I can say is: don’t overlook the signs your body may be trying to tell you, seek other opinions from experts, tune into your intuition, advocate for yourself, and turn to any of your loved ones for support.

These past 6 months I had to dive deep into weighing the options we were presented and decipher where we could be proactive in my father’s journey and when we had to surrender.

My practice is centred on preventative health, but this experience has taught me that we can only do so much when faced with terminal illness, and there’s still so much research needed to be done about what we have control over preventing before it can no longer be prevented. 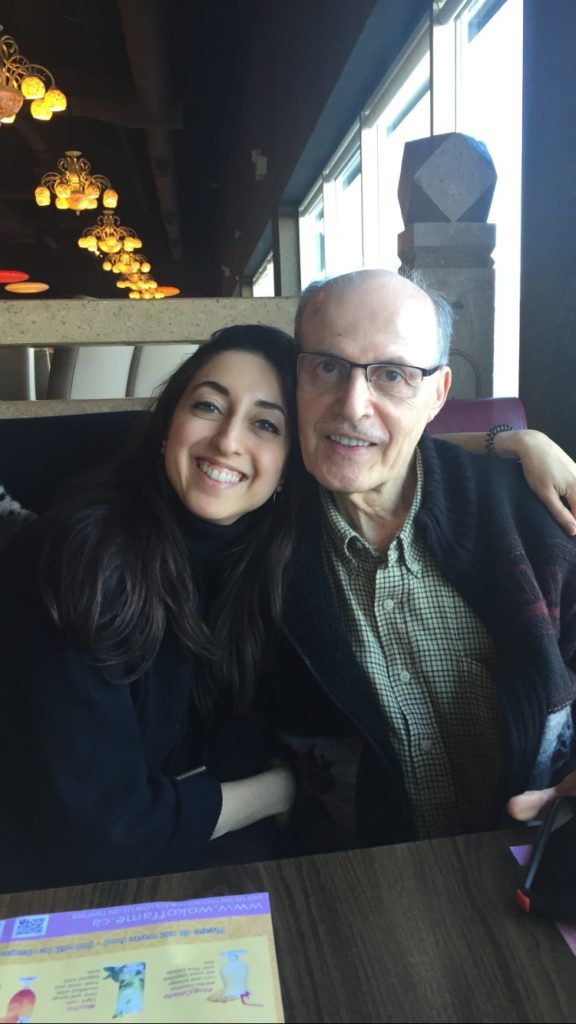 My dad and me February 2018 celebrating his 70th birthday with our family. Rest in Peace my favourite man. I will forever love and miss your smile.

Maya Eid is a Certified Nutritional Practitioner and health supportive chef. She teaches others how to let go of diets and instead empower them with the tools they need to cultivate a balanced approach with nutrition. For the past 8 years, Maya has worked with hundreds of people to build lasting habits and mindset shifts that foster a positive relationship with food while helping them deeply nourish their body. 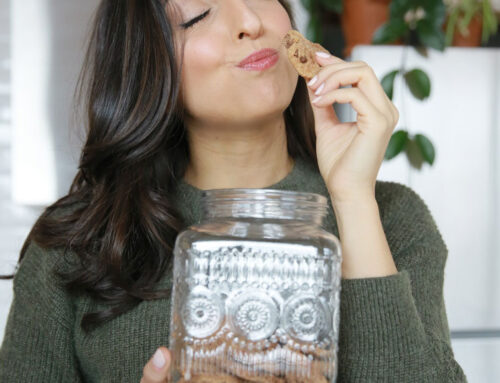 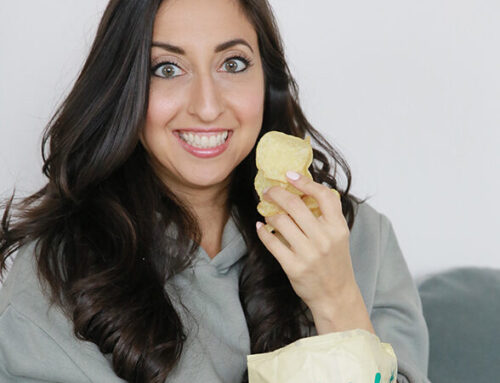 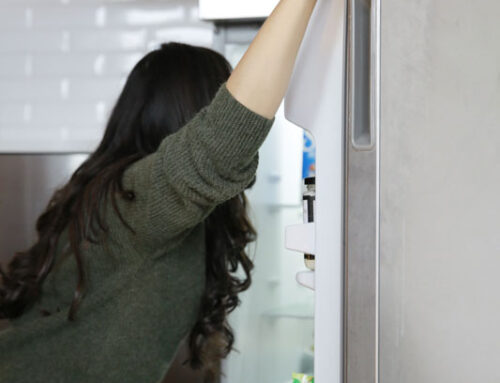 Can I Damage My Metabolism From Eating Too Little?

Your step-by-step guide to putting together balanced meals that keep you full, fit and energized all day!