How To “Surf The Urge” When You Have a Craving

Food cravings can look so different for everyone. Some people interpret cravings as a sign of nutrient deficiencies, for example: “I’m craving chocolate so I must be low in magnesium.” While other people think that having cravings means having zero willpower and try to white-knuckle it through until they eventually cave in and feel so guilty afterwards.

Although cravings could be based on an imbalance of nutrients, they can also come about from other factors.

First, you’d need to identify if your craving is a true craving or rather an IMPULSE.

A true craving is more of a slow burn that you fixate on for days because it’s been a long while since you’ve last enjoyed a specific food and nothing else would satisfy that craving except for the real deal (like who really believes that a chia pudding is going to make a good substitute for cheesecake?).

Whereas an impulse craving is a sudden urge, it comes on suddenly and will burn out on its own if you let it.

So should you indulge cravings or ignore them? The answer depends on what your craving is really telling you.

Usually, sudden or constant cravings are brought upon from:

If the factors listed above are addressed first, the likelihood of having impulse cravings diminish.

Our brains tend to be more wired to respond to impulses than to think beyond them. Practice asking yourself “Am I actually hungry?” whenever you have the urge to eat. If the answer is no, ask yourself, “Why do I want to eat this?” If your answer is something like “Because it’s there” or “Because it’s what I always do,” consider experimenting with not having the food to see how it feels.

One way of dealing with impulse-type cravings is by using a mindfulness-based technique known as “surfing the urge”. To do this, imagine your craving as an ocean wave.

Watch the wave rise in intensity, getting stronger and stronger until it peaks, and then gradually dissipate. Rather than deny the urge, actively surf it. Having the experience of watching the urge fade can make it easier to handle impulsive cravings when they next arise.
Below is a diagram I’ve created to illustrate the technique visually:

“Surfing the Urge” can be used to avoid acting on any behaviour that you want to reduce or stop. Some examples of behaviours may be: smoking, over-eating, substance use, social media scrolling, spending money, lashing out at someone, etc.

To surf the urge, you must pay close attention to the urge without trying to change it or get rid of it.

Instead of distracting yourself from the urge or trying to avoid it hoping it will go away, instead take a really good look at it and sit with it for a while.

“Surf The Urge” by asking yourself:

Sit with the sensations for at least one minute and ride it out – don’t feed it or fight it or judge it. Just acknowledge it, notice it, and watch it, staying present and curious about it … and it should pass within 30 minutes. If you give in, forgive yourself. This type of skill can be quite uncomfortable and requires a lot of practice.

Many people find that listening to a guided meditation or audio recording of the technique is useful at first.

If you tend to stress/emotionally eat to restrict or soothe a feeling, urge surfing can be a useful technique to help you identify the feelings coming up and possibly finding other healthier coping mechanisms to manage the emotion itself instead of turning to food. Examples: going for a brisk walk, taking a nap, receiving a hug, spending time with your pet, taking a bath, journaling, calling a friend, watching comedy, etc.

And if you keep urge surfing, over time the urges will diminish and disappear.

If you need help working through the factors that cause your cravings in the first place, schedule in your free 30 minute discovery call so I can learn about what is getting in the way of your goals and recommend the best plan for you!

Maya Eid is a holistic nutritionist (CNP) and health supportive chef. After overcoming her own health challenges like constant fatigue, hormonal imbalance and digestive issues from years of chronic dieting, she became increasingly interested in the power of balanced nutrition and mindfulness practices to help reclaim her health. For the past 6 years, Maya has worked with hundreds of people to build lasting habits and mindset shifts that foster a positive relationship with food and help them reconnect with their unique body. 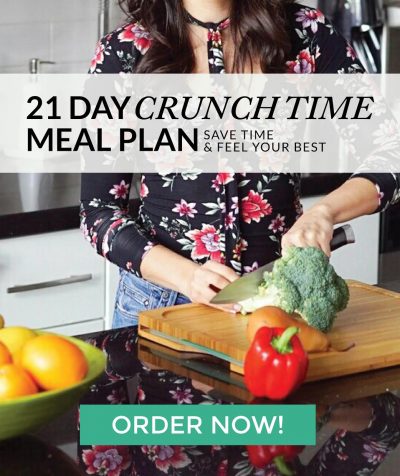 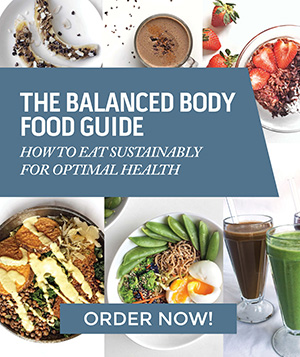 Maya Eid, Nutritionist
5.0
Based on 14 reviews

Daniel
00:50 24 Feb 20
Easily one of the best recommendations for those looking to work with a nutritionist. Maya has been wonderful throughout the whole process working... with her over the course of the year. Learned a lot from understanding which foods my body is receptive to and developing a consistent meal plan that aligns with my goals.Went from trying to follow popular fitness and diet trends, to truly understanding nutrition from a wholistic perspective. She genuinely cares not only about your goals, but more importantly as a person.Thanks for taking me this far Maya and am glad to continue to be working with you :)read more

Jyotsna Rathee
16:52 09 Feb 20
Working with Maya is the best decision I have ever made, for getting to healthy eating habits and my fitness goals. She not just provided me the meal... plans but also incorporated foods that I like, in such a way that my taste buds and my goals both can go hand in hand . Her knowledge in nutrition is so good. Just tell her what you are struggling with and she will come up with a plan. Thanks Maya, for making me achieve my goal of living healthy lifestyle.read more

Bree Oke
21:12 16 Jan 20
My boyfriend and I had Maya for six months and she completely changed how we live our lives. Maya worked with us to review our optimal weight, what... we were eating, and our goals for weight loss. She gave us a food plan to get us started, and had us experiment with new foods (me especially, seeing as I am picky!). When we came back to her after the first food plan, she discussed with us how the food we were eating was very high in carbohydrates, and not a balanced diet. She continued to work with us to teach us about how the food we put into our bodies affects not only our general well-being, but our health and mental state. Maya, our amazing Toronto nutritionist, took us from ordering Uber Eats a few times per week to meal prepping and feeling good about ourselves. She taught us how to read nutrition facts, how to easily increase protein, and how the food pyramid actually works to benefit us. Personally, I struggled to learn about food. Maya worked with me and found a solution which worked. I used my Fitbit to count calories for a while in order to understand what I was eating and to encourage myself towards a reasonable 'step goal.' Once I got a hold of this, losing weight because almost simple as I was doing what worked for me without having to sacrifice much of anything. However, Maya made sure that I focused on my next goal: fitness. Maya creates the base for you and works to build you up through whatever you may need. She follows up, is easy to contact, and best of all she is a great person to work with!read more

neha karadkhedkar
18:31 26 Sep 19
Maya was my perfect choice to help me on my journey to better eating. She was so empathetic and clearly understood my needs and desires. Maya is... incredibly knowledgeable and is able to apply her skills to assist in developing an eating strategy for better health. And I have adjusted my eating and changed many of my poor eating habits. Maya also accommodated our cultural taste preferences and provided a superb healthy meal plan. My husband even joined me in this lifestyle change. We are both healthier and happier. Thanks a lot Maya. You are awesome! :-*read more

anya matrosova
02:10 22 Sep 19
I knows Maya for several years and been watching her growths in her Field and in her knowledge and been so into nutrition and clean eating and her... way of life is all about carr for others like her self.So many of my friends have lost weight in healthy way without feeling deprived,all her Customized fun yummy meals make it delicious .I always look online for her Recipes that’s is so tasty and steel her ideas for my home food.I am excited to join one of her upcoming challenges to get rid of my summer belly.read more

Sarah Mariano
18:04 04 Apr 19
Maya knew coming into our first session that I HATE to cook. She took all of my needs and struggles into consideration when she put together an... effective plan for me. She even came with me to the grocery store and told me what to look for, and she taught me how to cook simple, healthy meals while educating me on why I needed to consume certain things. I felt 100% safe in her hands and felt noticeable results over time: better sleep, better digestion, better circulation, better mood and energy! Don't hesitate to book with her today!read more

Nathalie Schoenauer
16:27 04 Apr 19
Maya is a rare gem of a nutritionist, simply put. I started working with her when I was still dealing with quite a lot of disordered eating behaviour... and my focus was on "fixing" my body with strict diets and harsh exercise rather than healing my broken relationship with myself and with food, movement, lifestyle, etc. Maya's gentle, encouraging, and intelligent support was enough to help nudge me in the right direction at almost every turn! She has a wealth of knowledge (and delicious recipes) and what I admire most is that she is genuinely there to help you with zero judgment. She'll meet you wherever you're at on your journey and work WITH you rather than tell you what you "should" do. Plus she's hilarious and just a good human all around!read more

Wincy Law
02:08 04 Apr 19
Maya is a wealth of nutritional knowledge. She constantly immerses herself in the most up-to-date research, studies and news. Maya is very down to... earth, caring and professional, which I find extremely important when it comes to a client/practitioner relationship. She always has her client’s best interest at heart. And, will go above and beyond to help reach their health goals! Highly recommend:)read more

Tatjana Lazar
20:54 03 Apr 19
Maya is so honest and down-to-earth! She's easy to work with, knows her stuff, and really actually cares about her clients. Would definitely... recommend her highly.read more

Ariella L
20:50 03 Apr 19
Maya is amazing! She is knowledgeable, resourceful, and most importantly she really cares about her clients! Which should not be taken for granted -... having someone as invested in your health and success as you are it's rare. I typically don't leave reviews, but I'm doing it because she deserves it. Thanks for your support Maya!read more
See All Reviews